Heavy Tanks – How to Choose, How to Use 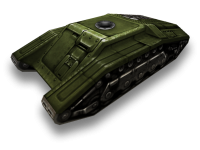 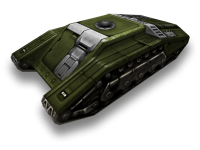 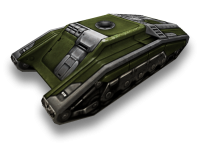 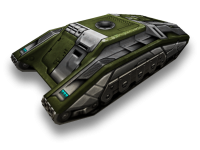 Though it is far from representing aesthetic perfection, Titan can be very dangerous. Titan’s specialty is most definitely defending positions and places in large maps. Because of the size of some maps, many heavy tankers feel the need for more speed than Mammoth can offer. In this case, Titan fits the bill. Fitted with long-range weapons, Titan can be an awesome defending tank. In supplies battles, however, it is not quite as good as Mammoth. Of course, this is due to the fact that it’s health is significantly lower than Mammoth’s. Still, some lower-ranked tankmen use it since at M2 it is more useful than M2 Mammoth.

An important thing to remember though, is that Titan has a number of disadvantages and problems that can make it hard to use. Some of these problems include looks, health, and price. If you have trouble dealing with any of these issues, it might be a good idea to pass on Titan and look for another tank. If you like its gameplay, and don’t have a problem with the issues mentioned above, then maybe it would be a good idea to get it. 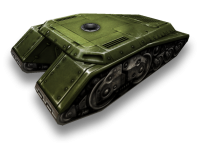 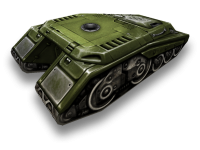 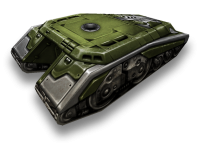 Mammoth is truly a unique tank. As soon as it was released, it became the king of supplies matches, and literally blew all the other tanks away when it came to drug wars. After the re-balance, it retained this lofty position, and though many of the other tanks were changed greatly by the re-balance, Mammoth was one of the few tanks that stayed more or less the same. It is highly effective with long ranged weapons like Thunder, or perhaps Shaft. Since both of those weapons are rarely used to attack, Mammoth’s low speed does not take away any of their effectiveness. Indeed, Mammoth can be deadly with these weapons equipped. Mammoth can especially dominate TDM and DM game-modes, since in both game-modes the destruction of enemy tanks is the main goal.

Due to its great health, Mammoth can stay alive long enough to knock out more than just one tank, and since it does have great amounts of health, it is hard for the enemy to destroy. Still, in supplies battles Mammoth can be used effectively as an offensive tank, and this is what makes Mammoth very unique. Though in NS battles it may be confined to the positions of defense or mid-field, in supplies battles it can do either. One important thing to remember when using Mammoth is that you can choose your job, so you should choose wisely. If you don’t like to play defense, don’t use Mammoth in No Supplies Battles. If you don’t like to play offense, you can simply stay near your team’s base. Ultimately, Mammoth is a good choice for tankmen who can use supplies often, or at least are patient enough to play on defense for long periods of time. If either of these qualities fit you, then Mammoth will definitely be the best choice.

Comparing these tanks is a bit hard. Though all three of them have great aspects, and they all have many great features, they also present some problems. Instead of just inspecting each tank’s statistics, I’m going to also review in brief how these tanks preform in the field through personal experience and through the experience of other tankmen who have played them.

Dictator has always been a subject for controversy, and probably always will be. Due to it’s exceptionally bulky shape, it is one of the biggest tanks available for purchase. Though definitely not the best when it comes to HP, it still packs quite a punch, and provides more speed than Mammoth and Titan. Many argue that Dictator is superior to Titan due to the fact that Titan only has 100 more HP, while Dictator has nearly 2 more MPS than Titan. In the end however, it all boils down to playing style. If you are ok with being the most noticeable tank on your team, you will do fine with Dictator.

When it comes to Mammoth though, we have a whole new level of HP. With nearly 50 more HP than Titan, Mammoth is the most resilient tank that can possibly be bought. Its only drawback when compared to Titan, is that it has .6 MPS less than Titan. Here, you are trading speed for more health. The speed sacrificed though, is minimal. Many tankmen agree that .6 MPS is not worth 50 HP. While .6 MPS will probably not make the difference between escaping the enemy base in one piece or not, 50 HP can give you one more second to survive the onslaught of a Freeze that is trying to destroy you. All in all, many agree that Mammoth is superior to Titan – not only in looks, but also in actual statistics.

Dictator is practically on the same level as Mammoth when it comes to statistics, but when it comes to shape and size, Mammoth has a slight advantage. Still, the main thing to look for when you are deciding which of these tanks to get, is your style.