Light Tanks – How to Choose, How to Use 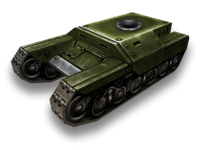 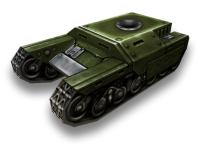 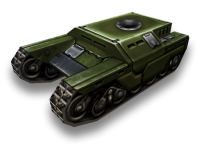 Wasp is very popular with low-ranking players, since it’s cheap and quite effective. It becomes more rare as you go up the rank ladder; I’ve seen only a handful of M2 Wasps in my Tanki career. In CTFs, Wasp is the premier flag-capturing hull, thanks to its unsurpassed speed and maneuvering. You can run into an enemy base, grab the flag, and get out before anybody knows you’re there. It’s also good for attacking in any battle mode, since you can get to the front lines quickly and keep the pressure on the enemy team.

Wasp is better suited for navigating tight spaces than Hornet, since it has a fast turning speed and little drift. It’s a bit easier to drive overall, which can help if you’re trying to run away or attack quickly in cramped spaces. Wasp’s full potential comes in large maps, where you can take advantage of the speed. Small maps, like Duel or Island, are typically more suited for heavier hulls.

Wasp’s weaknesses come in the form of the low health and low stability. It can’t survive long under heavy fire, and it’s easy to mess up the aim of a Wasp with a weapon like Smoky or Railgun. This means you generally shouldn’t attack enemies from the front; instead, try attacking them from the sides or from the behind. Take advantage of any cover you can get when driving; doing so will significantly improve your survival rate.

On Wasp, the turret is mounted near the back of the hull. This means it goes well with the peek-a-boo tactic that many Railgunners use, as long as you poke the back end out and not the front. This also means that you might have trouble attacking enemies when rounding corners. As a result, a large number of Wasp users drive their tank backwards. While it may look a bit odd, it can make targeting more convenient.

Wasp is cheap and early-unlocking at M0 and M1. At M2/M3, it unlocks late and is more expensive, meaning it’s more of an investment. Only go for M2 or M3 Wasp if you know you’re going to be satisfied with it. 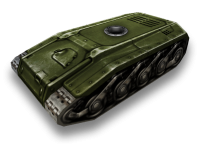 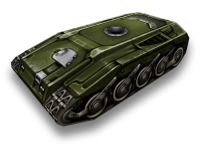 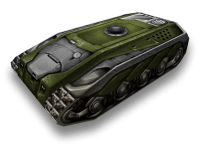 Hornet generally unlocks fairly early at each of its modifications; this is especially true with M2 and M3, where it’s the first hull unlocked. This, and its low price, contributes to its wild popularity at ranks both high and low. Popularity isn’t necessarily equivalent to quality, however; while Hornet certainly is a useful hull, it’s not a perfect hull that makes everything else obsolete.

In terms of use, it’s like a more rugged, but slower Wasp. You can use it for anything you’d use Wasp for, like capturing flags or simply being a very nimble combatant. The speed is still very good, but you will occasionally lose flags that you might have captured with Wasp. Hornet is more suited for straight-up combat than Wasp, so in a sense it’s more versatile. To put it simply, Wasp is better at doing what it does best, but Hornet is better at doing what it doesn’t do the best.

Hornet has its fair share of weaknesses too. Many complain about Hornet’s drift; it tends to slide when making tight turns. This means that you’ll often bump into map objects (or even fall off the map) if you’re in a hurry. It gets even more pronounced if you use Speed Boost. You’ll get used to it after a while, but most maps are still easier to navigate with a Wasp. Another complaint is the stability; it’s more stable than Wasp, but still not exceptionally so. Combined with the drifting, many players end up flipping or falling off of maps due to a combination of instability and enemy fire. These issues can be mitigated by practice, making Hornet a very deadly hull in skilled hands.

With Hornet, the turret is mounted in the center of the hull. While this means you won’t have to drive backwards for convenience, this also means more of your tank will be exposed when doing peek-a-boo tactics. Take this into note if there are Shafts around, since they can snipe even a tiny sliver of your hull.

As I’ve stated before, Hornet is cheap and early-unlocking at all of its modifications. It’s very good if you use it at the rank it unlocks, but it starts to lose some ground as you rank up. You can mitigate this with micro-upgrades. If you’re tight on crystals, then this would be a good choice at M2 and M3.

Hornet and Wasp are currently the only 2 light hulls in the game. It should be no surprise to anybody here that there is a huge debate about which is better. A surefire way to start an argument is to say “Wasp sucks, Hornet is better” or “Hornet sucks, Wasp is better”. Let’s go into detail with these two rival hulls, and see if we can settle this debate once and for all.

Wasp and Hornet seem pretty similar at first glance. They’re both fast with low health and stability, since they’re light hulls. As such, they’re often interchangeable on the battlefield; a Wasp can fulfil the same role that a Hornet can. The difference between the two hulls boils down to their health, speed, and handling. Wasp is the fastest hull in the game, and it has excellent maneuverability at the cost of low health and weight. Hornet is a bit slower than Wasp, but it makes up for this with increased durability and more weight. Hornet users argue that Wasp is simply too fragile and unstable when under fire, and Hornet is more manageable. Wasp users argue that Wasp’s agility allows the user to avoid taking damage, which mitigates the unimpressive health and stability, while Hornet ends up taking more damage because of its lower agility.