Medium Tanks – How to Choose, How to Use 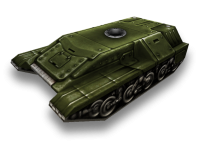 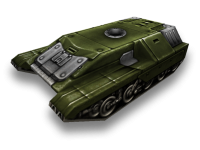 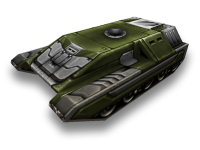 Hunter remains the first choice for many old Tanki players who look at statistics for clan wars rather than price or even the unlock rank. Overall, this tank can literally dominate almost any clan war. It is perfect for use as a heavy backup to the attack, and even can be relied upon as a defender. Always remember, Hunter is not going to be superior to Viking in a drug war. With the decreased prices of drugs, you might not want to play supplies battles very much with this tank. As to No-Supplies matches – Hunter is very effective in them.

Hunter’s shape allows it to be very effective with almost any turret, unlike some other tanks, such as Dictator. Use this to your advantage. Hunter can really go well with almost every style. As the description of it says “being so versatile, you will never stay without a job on the field of war”. One of the many reasons for this is the size of the tank. Unlike Dictator and Wasp, this has a very balanced shape. Viking has a much flatter form, and is wider, making it slightly more stable. However, Hunter has a very good height for almost any gun. It is just tall enough to reach high places, and just short enough not to be a Dictator. A quick hint: Don’t forget to use Hunter’s speed to your advantage. Since you are paying 20k more crystals for the increased speed, you really shouldn’t forget it. 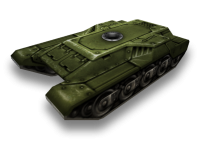 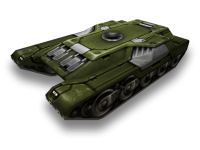 Overall, Viking is very effective for its price, and the rank that it is unlocked it is very low for its effectiveness. However, it will probably remain inferior to Hunter in clan wars. Simply put, even though it is unlocked at a lower rank, most people will still use Hunter in clan wars, because most people that play in them are a very high rank. Still, in most battles, Viking will be more common than Hunter. Especially in supplies battles, in which it is superior to Hunter. Now, I will go through some tips. First of all, it might be a good idea to stick with supplies battles. You will have an advantage over Hunter in them. Still, in no supplies battles don’t underestimate your power. Your health makes you a very good defender. You will easily be able to knock out any Hunters that might try to grab a flag, or capture a point.

Though Viking can compete in smaller maps, Mammoth or Titan are both certainly better choices. When playing with Viking, play medium-big maps, with supplies. That way, you will be able to get points without using Mammoth. Another tip: Play either CP or CTF matches. DMs and TDMs are OK for this tank, but it is better to use a heavy tank when playing those matches, especially when you are talking about taking out multiple enemies, or staying alive for long periods of time. Viking is definitely most effective at long-range heavy engagement. Still, it can be very effective at mid-range, because its high health allows it to stay alive for a longer amount of time than Hunter would be able to.

Many discussions have happened over these two tanks, and many people have varying opinions. Really, when comparing Viking and Hunter, you are essentially comparing the value of health and speed, respectively. Undoubtedly, each have huge benefits in different games and situations. First, then, we will go to the most common argument for Hunter. The argument, essentially, is this: Hunter’s 1.1 extra speed is much better than Viking’s 7 extra health. Let’s look at this argument. Really, it seems a valid point. As most of you know, however, health is better than speed in drug wars. Here we come upon our main point – Viking is more effective than Hunter in drug wars. Obviously, with the new drug kits, there is a lot more drugging than there was before them. However, this argument effectively proves that Hunter is superior in clan wars, without drugs.

So now you have a choice – do you want an effective drugging tank, or do you want an effective clan war tank? Essentially, this little competition can be simplified down to this. Now, as you know, winning clan wars can be very important for your clan, and if your clan wins clan competitions, you are certain to get a lot more crystals than if you simply won drug wars with Viking. However, it can be argued that since there are a lot more opportunities to take funds than opportunities to win clan competitions, the first is better. However, that is the choice you make. Most richer tankmen choose Hunter, since they use Mammoth for their drug wars. However, poorer or just newer tankmen choose Viking, since it has a much lower rank that it is unlocked at, and a significantly lower price. Even with the lower price and lower rank unlocked, the tank still can be used very effectively, and many tankmen prefer using it since it is the cheap – yet effective – rival to Hunter. If you are tight on crystals, or even if you are looking for the best stuff for the least amount of crystals, Viking is certainly the way to go. Overall, the advantage that Hunter has over Viking is small. With a skilled player, this tank can easily be far more deadly than a Hunter.